What You Need to Know about the Changing Auckland Unitary Plan

As discussed in my previous blog, there are two new government housing policies that are forcing councils into re assessing their zoning rules.

The first is the new Medium Density Residential Standards (MDRS) as part of the amendments to the Resource Management (Enabling Housing Supply and Other Matters) Act.

The second is bringing forward the implementation of the National Policy Statement on Urban Development (NPS-UD) by a year to match the timeline with the MDRS.

For a detailed breakdown of what these are I strongly suggest first reading my previous blog here. In this blog, we are going to take a deep dive into how these changes will affect the Auckland Unitary Plan. It must be noted that we are examining the initial draft plan which is partly subject to change based on the feedback council has received.

The draft plan was open for feedback from April 19 to May 9. The council are currently reviewing the 7,860 pieces of feedback that they received over this period. They must then publicly notify proposed planning changes by 20 August.

You can click here to use the council’s preliminary response viewer and toggle between the current and proposed changes to the Auckland Unitary Plan. Below is a snapshot of the isthmus for us to examine. The changes are quite striking, as the vast majority of Auckland’s residential area is now the modified mixed housing urban area, allowing for 3 dwellings and 3 storeys without the need to apply for resource consent.

The most significant qualifying matter that applies to Auckland is where a ‘Special Character’ overlay applies to protect the aesthetics and historic feel of suburbs like Devonport and Grey Lynn. As part of the new rules, the council has had to individually assess each property for special character value, rather than apply the heritage order blanketly over an entire area. This has resulted in approximately 4000-5000 of the current ~21,000 dwellings losing their special character status. These can be seen in red below. 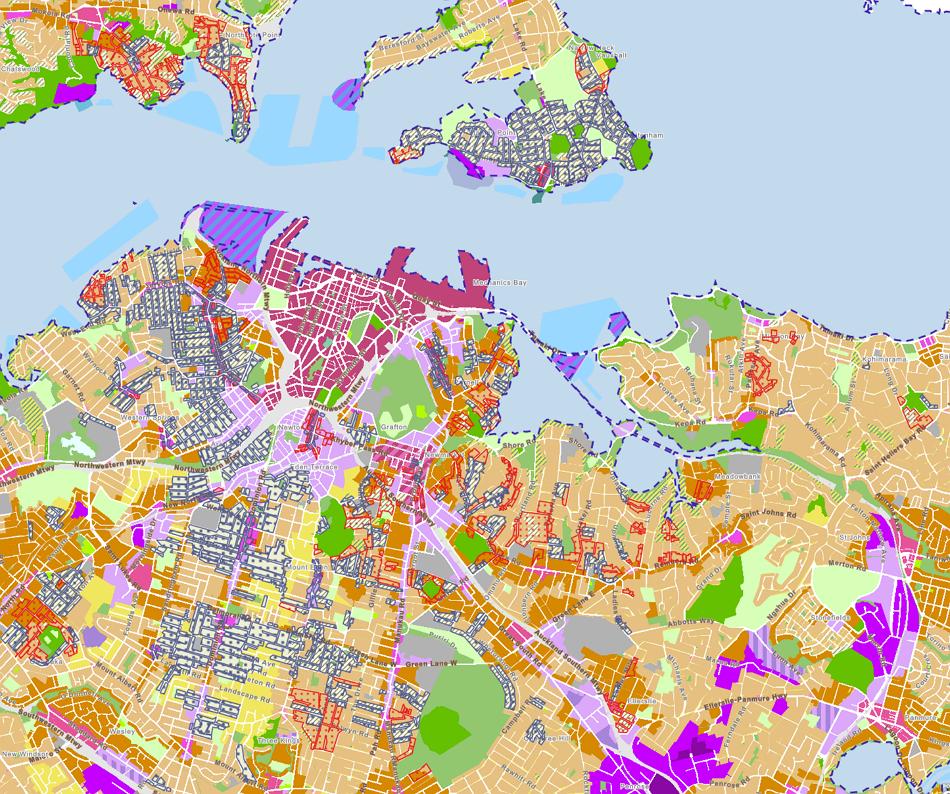 As you can see in the image below, there is a corridor that has been untouched by the zoning changes. Council have decided not to make any changes as they are waiting to see the outcome of the planned light rail project. Hopefully these areas do not suffer if the project experiences significant delays and zoning is still under the old regime whilst everywhere else has the MDRS in place. 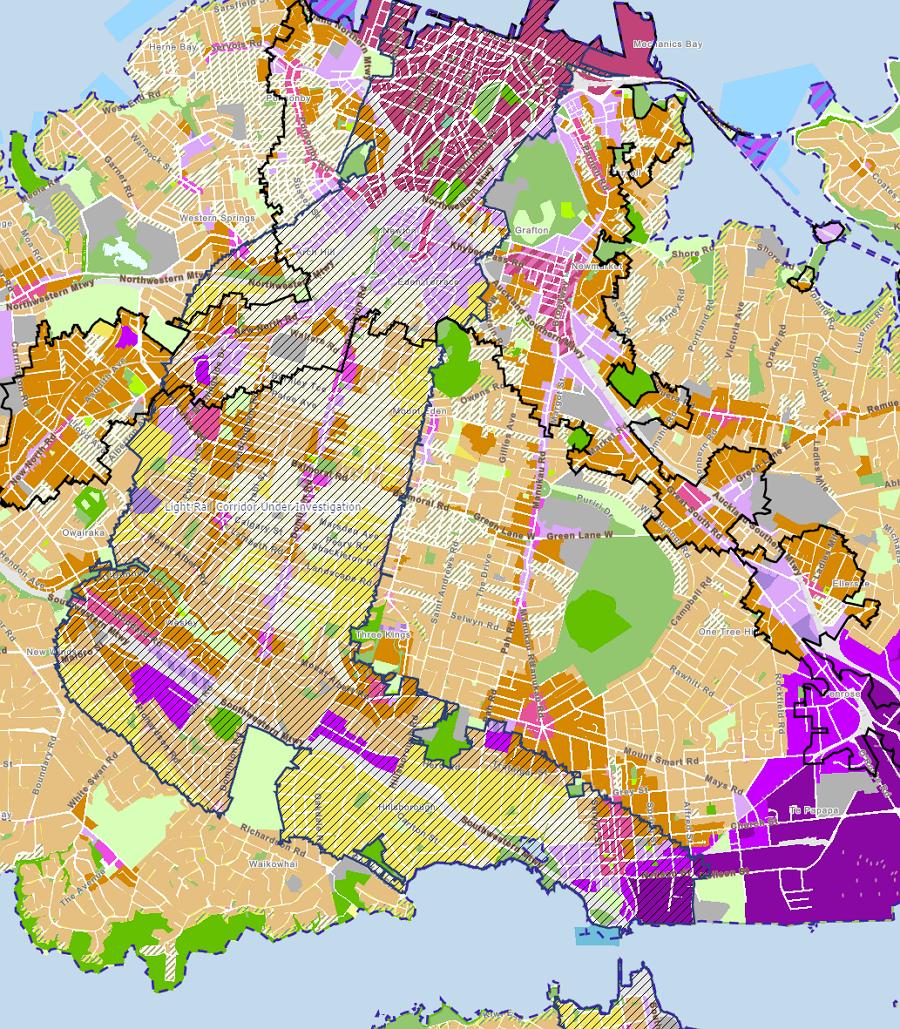 What does this mean for the future?

Overall, the council have largely had their hand forced by the government so the room for variations is limited. What Council must do now is focus on keeping the infrastructure up to speed with this intensification. There are concerns that we don’t have the infrastructure capable to absorb such intensification, however, just because these rules are in place doesn’t mean we will suddenly see three units three storeys high everywhere. It will take time, and council must now ensure parking, transport, stormwater, wastewater etc is adequately managed to keep up with the supply of housing.

Still got questions? Get in touch with us here, we'd love to help.

The Benefits of Pre-sales

Pre-sales are a form of risk management. This is why often it is a pre-requisite for finance and lenders

What can New Zealanders expect from the budget? The short answer is money.

Banks outlook for the balance of 2020

I have surmised a couple of the points surrounding SME and Property Lending and what it might mean for you based on the RBNZ Credit Conditions Survey.